After a pandemic hiatus, it was great to be back at the Banff Mountain Film Festival, displaying our books at the Festival Marketplace. Lots of familiar faces from Banff and beyond, as well as many first-time festival goers.

We had old editions of the Canadian Rockies Trail Guide on display, along with a banner (below, left) that showed each of the 10 editions, the year published, and the retail price. This display proved to be popular with longtime hikers, many of whom told us they had faithfully kept copies of all previous editions. Brian Patton and Bart Robinson were at the booth for a time signing copies of the new 10th edition. We still have a few signed copies left, so if you’d like one, purchase it directly from us and request a signed copy in the Note section when you make the purchase. 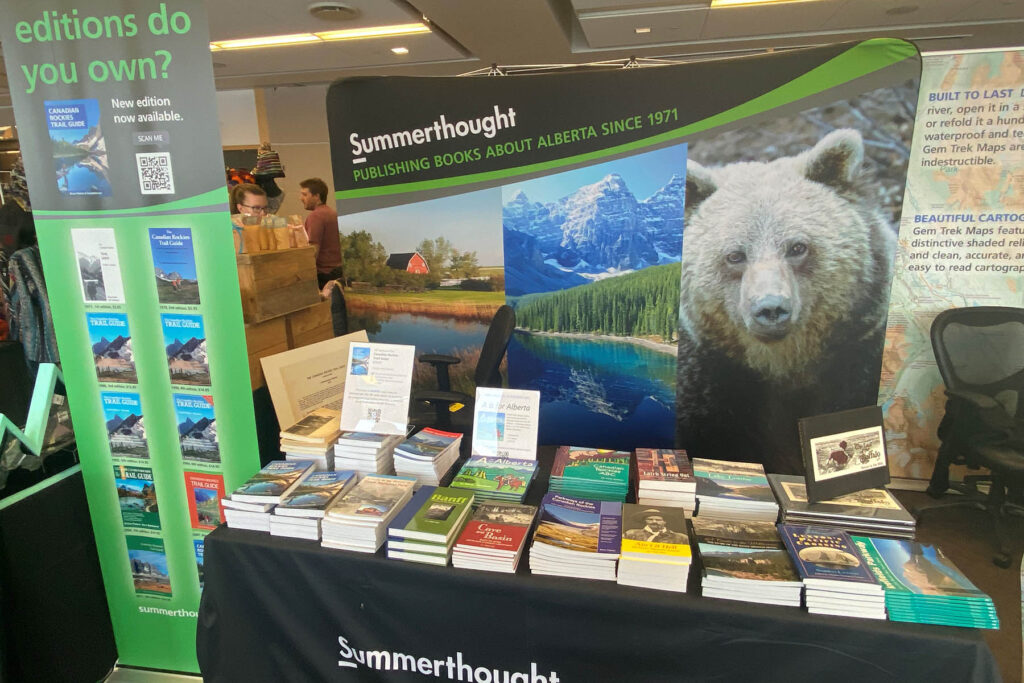 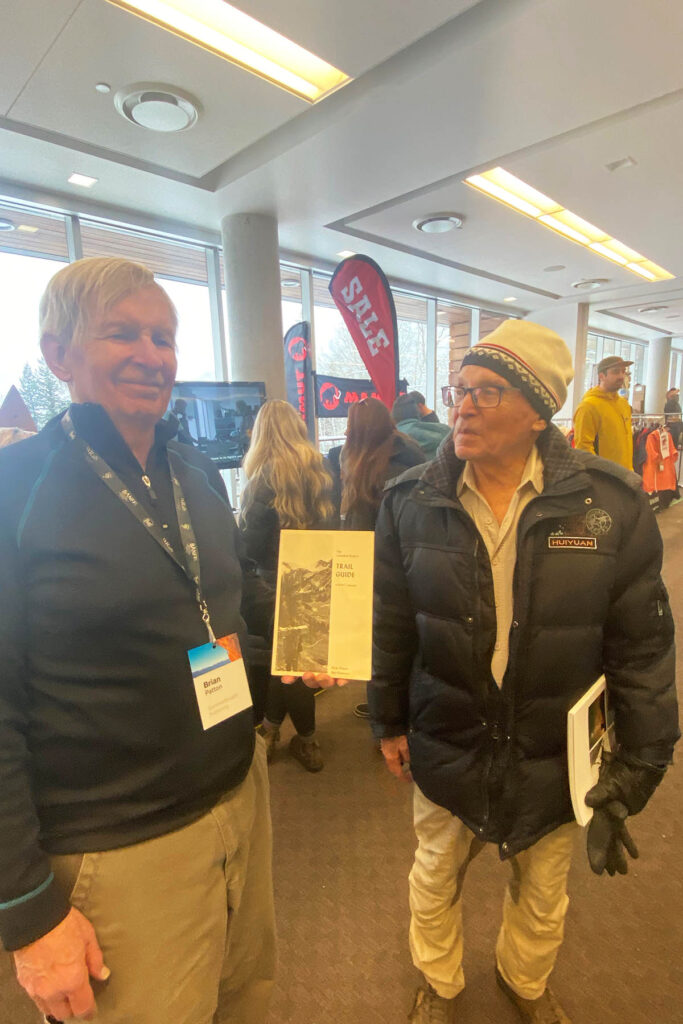 Brian Paton (left) with local legend Jim Thorsell, who was instrumental in developing the concept of a Great Divide Trail in the late 1960s.

Mindy Johnstone, Summerthought’s newest author, with A is for Alberta.