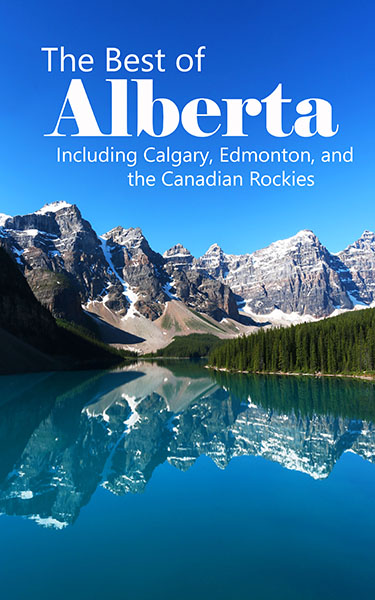 The Best of Alberta

THE BEST OF ALBERTA is an eBook guide to the heart of western Canada, a place filled with natural wonders and enough adventures to last a lifetime. The unforgettable scene as the first flush of light hits Lake Louise. The thrill of uncovering dinosaur bones. The excitement of a small-town rodeo. Soaking up big-city culture. Marveling at the infrastructure around the world’s largest known deposit of oil. Watching the northern lights sparkle across the winter sky. These and hundreds of other reasons make a vacation in the prosperous province of Alberta one to remember.

In The Best of Alberta, local writer Andrew Hempstead, who has authored over 60 guidebooks for most of the world’s major travel publishers, captures these experiences, as well as the province’s stunning diversity, from prairies to mountain peaks, from rodeos to big city museums, and from major malls to remote national parks.

Each of the six regional chapters are further broken down geographically to make navigating this book easy. These regional headings within each chapter are included in the Table of Contents.

At the beginning of each of the six main chapters are a number of “Best of” categories, including Sights, Family Destinations, Campgrounds, Restaurants, and Wildlife Viewing that provide direct links to the very best of each region.

This eBook also includes:
• Coverage of all major cities including Calgary, Edmonton, Red Deer, Lethbridge, Medicine Hat, and Grande Prairie
• Major sights such as the Glenbow Museum, Heritage Park, Royall Tyrrell Museum, and Lake Louise
• Extensive coverage of lesser-traveled regions
• In-depth text on major events like the Calgary Stampede, as well as small town rodeos
• A chapter on the natural and human history of Alberta
• Practical travel tips
• All distances in both kilometres and miles

Banff resident ANDREW HEMPSTEAD has been writing about and photographing Alberta since the early 1990s when he wrote the Alberta Handbook for Moon Publications. He has authored and co-authored over 100 other books and his images have been published in over 100 books and are used by corporate and editorial clients worldwide.