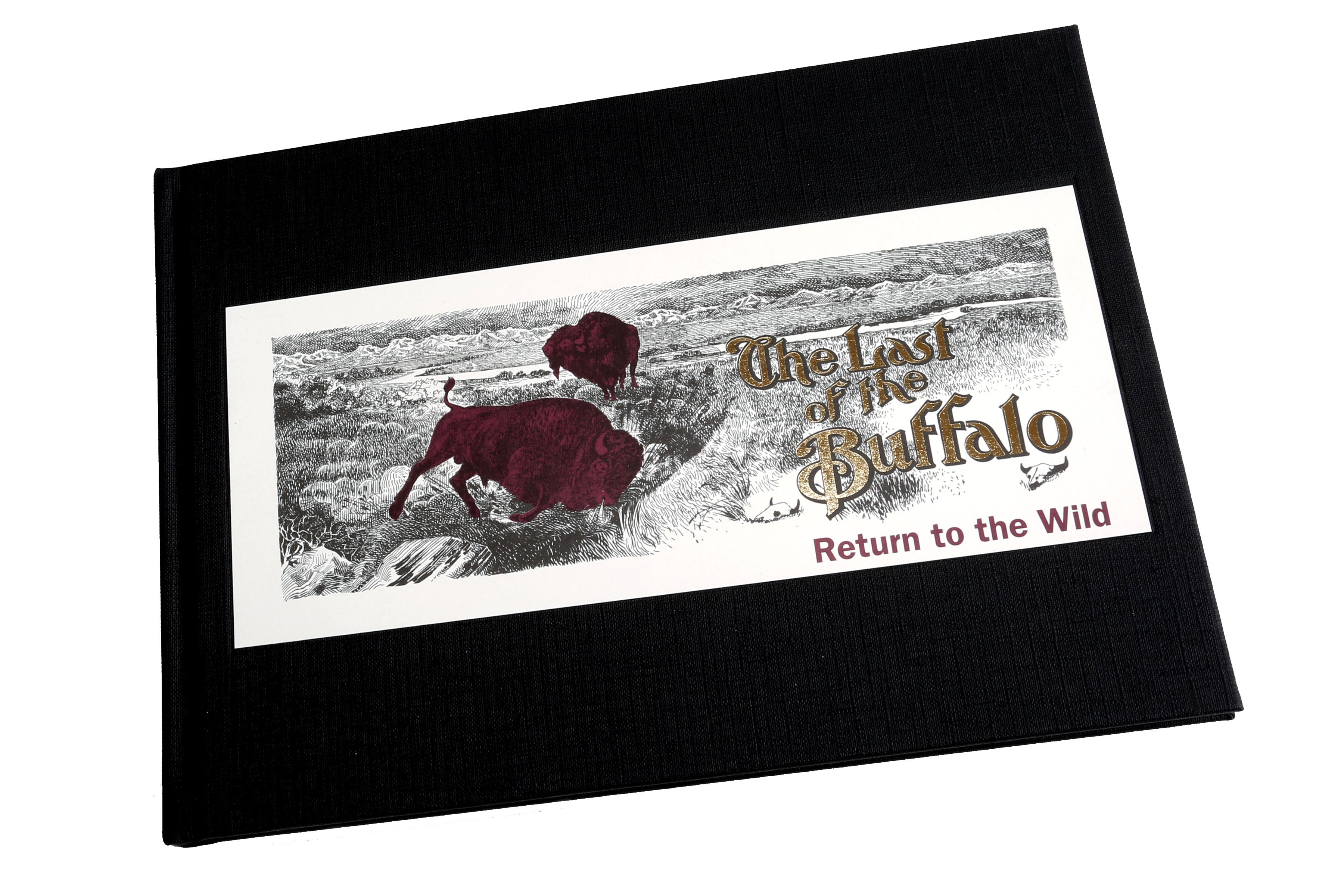 The Last of the Buffalo Return to the Wild

The Last of the Buffalo Return to the Wild is a commemoration of Banff National Park’s role in early successful efforts to preserve the last of the buffalo as a species and a celebration of today’s efforts to restore bison as an ecologically functioning and culturally important species on its native range both here and elsewhere in North America.

A reproduction of Luxton’s 1909 booklet is mounted inside the backcover.

This beautifully presented book with a gold foil inlayed hardcover is filled with interesting essays and historic images. Included in a clear pocket inside the backcover, is an exact reproduction of a 1909 booklet created by Norman Luxton that tells the story of the Pablo-Allard buffalo roundup through his own lively writing and magnificent panoramic images.

The Last of the Buffalo Return to the Wild includes the following essays:

-the story of the present day Buffalo Treaty among Canadian first nations and American tribes as told by Leroy Little Bear
– an historical overview of the causes of the nearly complete disappearance of the plains bison by historian George Colpitts
-an appreciation of the archival records that surround Norman Luxton’s participation in the bison round-up by archivist Jennifer Rutkair
– the story of saving plains bison from extinction and the evolution of thinking that has led to the imminent  restoration of plains bison to Banff National Park by author and conservationist Harvey Locke.

At the heart of this book is the story of the purchase, roundup, and shipment to Canada of the largest plains bison herd that emerged from those early conservation efforts, sometimes known as the Pablo-Allard herd. This herd of several hundred genetically pure plains bison was located in the Flathead Valley of Montana and became the largest in the world. By 1905 its owner, Michel Pablo, had to sell the entire herd; the US government declined to buy it, so the Canadian government stepped in. It was a remarkable event that had consequences of global significance for the conservation of plains bison. Banff National Park was intimately involved.

The Last of the Buffalo Return to the Wild was released in conjunction with the American Bison Society Meeting and the Buffalo Treaty Second Anniversary Ceremony in Banff in late September 2016.

For more information on the reintroduction of wild bison into Banff National Park, visit www.bisonbelong.ca.

To purchase directly from Summerthought, please use the Buy Now tab on this page. A shipping charge of $10 (anywhere in North America) and any applicable taxes will be added at Checkout.