Based in Banff, Canada, since 1971, Summerthought is a family-run, independent publisher committed to producing Canadian Rockies non-fiction books.

We strive to publish unique and imaginative books that enhance people’s experiences in the Canadian Rockies. We create books that we believe in and that we think readers will enjoy—even if they don’t make us rich.

Summerthought is the only publisher solely devoted to producing books about the Canadian Rockies, all of which are printed in Canada.

As residents of the Canadian Rockies, we identify with the local market, which translates to understanding the needs of retailers and the customers they serve. 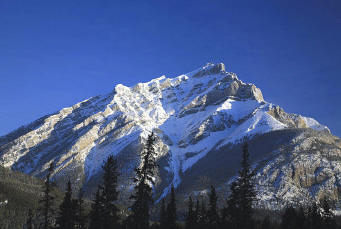 The inspiring view from the Summerthought office.

In 1965, Peter and Barbara Steiner opened the Banff Book & Art Den, Banff’s first bookstore. Five years later, when bookstore employees Brian Patton and Bart Robinson set out to compile the first comprehensive hiking book to the Canadian Rockies, Peter Steiner and bookstore manager Jon Whyte agreed to form a company that would publish the guidebook and, perhaps, other books about the Canadian Rockies. Since summer was the only busy season in those days, most business ideas were hatched during winter, hence “Summerthought” as the name for their publishing company.

With the publication of the Canadian Rockies Trail Guide in 1971, Summerthought Publishing was officially launched. Over the next 35 years, the company operated as a subsidiary of the Banff Book & Art Den, publishing other books written by Brian and Bart as well as by local authorities such as Jon Whyte, Eleanor Luxton, Rick Kunelius, Esther Fraser, Bob Sandford, Ted Hart, Erling Strom, and Rick Langshaw. Throughout this time, the Canadian Rockies Trail Guide remained the best-selling hiking guidebook to the region, having sold 230,000 copies by 2006.

In 2006, with only the Canadian Rockies Trail Guide still in print, the founders of Summerthought were looking to sell, but in the time-honoured spirit of independent book publishing were intent on keeping the Canadian Rockies Trail Guide out of the hands of the larger publishing houses. At the same time, Andrew Hempstead and his wife Dianne were looking for a challenge related to Andrew’s 17 years as a full time travel writer, but one that allowed more time together with their young family in Banff. The sale was an ideal scenario for both parties, and in early 2006 the deal was done, with Summerthought remaining in Banff and independent..

In 2018, Summerthought acquired Gem Trek Maps, publisher of waterproof maps that have been guiding local hikers and outdoor enthusiasts through the Canadian Rockies for three decades.

In 2015, we started rolling out hiking eBooks available through a variety of platforms (see www.canadianrockiestrailguide.comfor details), continuing to add new titles through to 2022.

We are proud to be able to include a “Made in Canada” stamp on the back of our books. All Summerthought authors and photographers live in and around the Canadian Rockies. We use a local designer and all our books are printed in Canada. 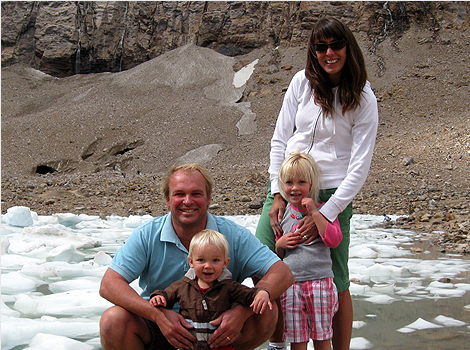 As a fulltime travel writer and photographer before purchasing Summerthought Publishing in 2006, Andrew Hempstead spent almost two decades traveling the world from his home in Banff, Canada. His website is heejee.com.

Hempstead has authored, coauthored, and updated over 100 guidebooks that have sold over 800,000 copies. His books are available worldwide and have been translated into multiple languages. Major guidebook clients include Avalon Travel, Frommer’s, Michelin, Odyssey, Dorling Kindersley, and Michelin. His travelwriting has also appeared in dozens of different magazines and online for clients such as the Canadian Automobile Association, Alaska Airlines, Triporati, and Expedia. He also writes and edits for corporate clients such as Parks Canada and Travel Alberta.

He is an academy member of S. Pellegrino World’s 50 Best Restaurants; is a contributing partner to the Canadian Rockies Travel Guide; has spoken on on travel photography and guidebook writing to national audiences; has contributed to a university-level travel writing textbook; joined Tony Wheeler and Tim Cahill as an interviewee of Rolf Potts; and is called on by CNN Travel as a Canadian travel expert.

Hempstead’s photography has appeared in a wide variety of media and hundreds of graphic products ranging from international golf magazines to a Ripley’s Believe it or Not! Museum.

Both Andrew and Dianne give back to the Banff community in many ways. Dianne is a long-time volunteer for the local minor hockey association and oversees the Hot Lunch program at Banff Elementary School. Andrew is a past president of the Banff Springs Golf Club and is a past board member of the Travel Media Association of Canada and of the Banff Heritage Corporation. 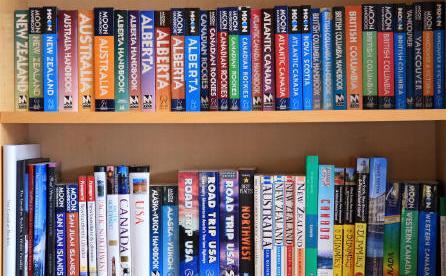 Andrew Hempstead has authored or co-authored all of the following books.