Stunning contemporary photos, a treasure-trove of previously unpublished historic photos, commentary by the world’s pre-eminent golf writers and golf course architects, and the impeccable research of historian Ted Hart, combine to create Banff Springs Golf Club, a distinctive history of one of the world’s best known and most scenic golf courses.

This labour of love is a large format book printed on the finest paper stock and comes with a beautiful gold embossed hard cover.

Banff Springs Golf Club can be ordered directly from the publisher through the Add to Cart link above. Each book is shipped in a sturdy, customized cardboard mailer. 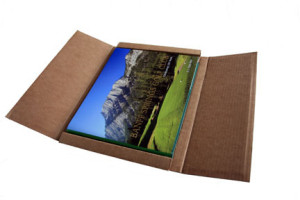